Empire of the Summer Moon is a somewhat sad but gritty account of the last Native Americans to roam the plains. It’s set against the American frontier’s brutal expansion to finally fulfill its “Manifest Destiny”, the bitter and violent fight with the Native Americans, an abducted white girl who became a full Comanche and the mother to one of the greatest warriors and leaders of the tribe in its waning days and his transition into reservation life.

The book is remarkable for its brutal yet balanced account of the frontier skirmishes. He doesn’t romanticise Native Americans who frequently gang-rape women, scalp their enemies and execute their victims in the most brutal ways imaginable. At the same time he doesn’t gloss over the two-tongued promises of a corrupt American government that could care less about the welfare of Native Americans once they are successfully subdued.

It’s a fascinating book that looks at how European-American settlers, Texas Rangers, Army Generals, Mexicans, and Native Americans formed a fluid society on the frontier. It’s the familiar story of how technology and savage ambition to conquer ultimately wins out over any previous territorial claims against the backdrop of a family, the Parker clan, torn apart by destiny and crossing paths on opposite sides. Many men are made but more are broken in the fight against Native Americans. Aside from Quanah Parker there are many colorful characters that form a rich quilt of successes and tragedies on the frontier.

The account of Quanah Parker’s life, though a minor part of the books’ volume but one the most significant parts, alone is priceless. The tales of bravery on the field and the amazing horsemanship of Comanches are stirring. It’s the non-fiction version of a dime Western with just as much excitement but thick on substance. 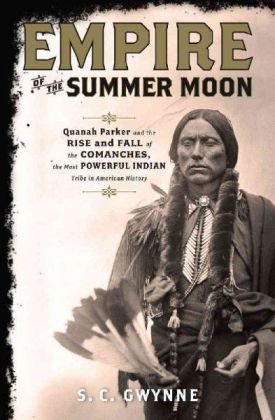